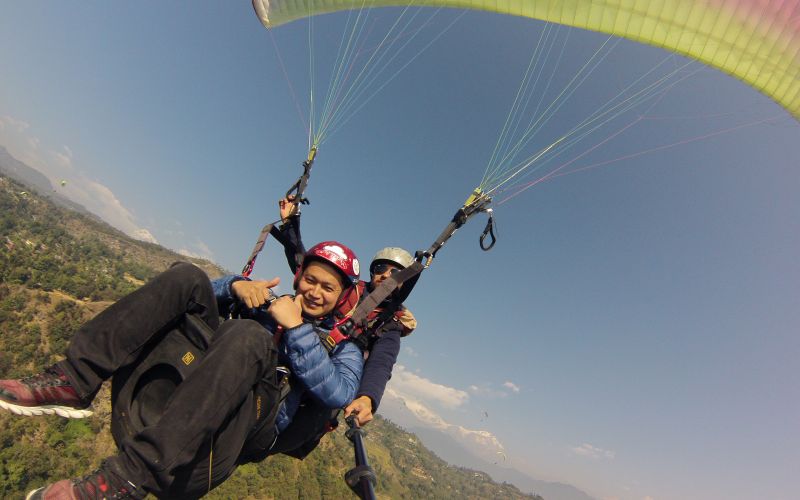 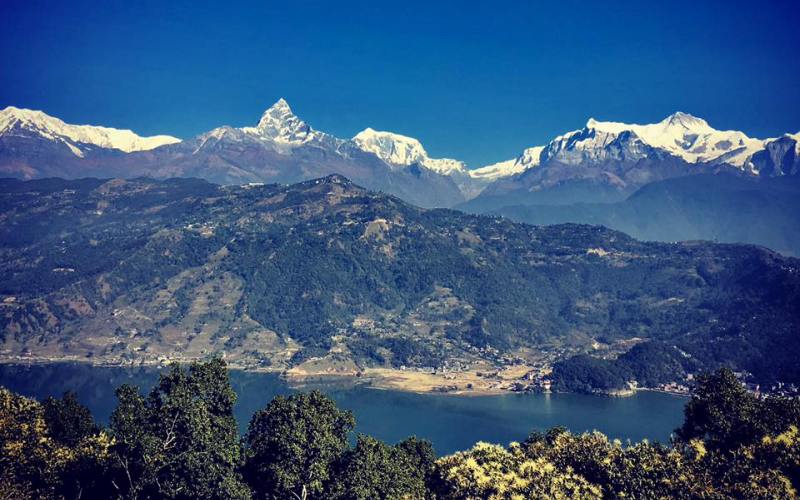 Pokhara is a beautiful city with lakes and mountain views. More than that it has so much fun-filled and adventurous experiences to offer. A day in Pokhara can be extremely busy and rewarding. An early morning drive to Sarangkot to view Sunrise view or hike to peace pagoda, boating on Phewa lake or simply exploring the wonder sites of Pokhara, experience of flying like a bird on Paragliding and ultra-light flight or adventures of bungee jump and zipline, you name it, Pokhara is ready to offer you some mouth watering and unforgettable experiences that you treasure for the rest of your life. And the Pokhara is also a gateway to many of the beautiful trekking to Annapurna Himalayan region.

This trip includes some wonderful activities that a typical busy day in Pokhara generally includes. Alternatives are available and programs can be adjusted as per preferences.

The day starts early in the morning with a drive to Sarangkot to see the magnificent sunrise view.

A wonderful view point, it offers some breathtaking views of the sunrise views. The mountain likes of Annapurnas, Machhapuchhre, Lamjung and Dhaulagiri look so majestic when the first rays of the sun hit. The view of the valley, river and lake is also simply awesome. After the sunrise, drive back to Pokhara. En-route visit famous Bindhyabasini temple and see Seti gorge. Other programs of the day will follow after the breakfast.

Paragliding in Pokhara is one of the major attractions of the day. The roaring popularity of it speaks for itself. Gliding next to the beautiful Fishtail and Annapurna mountains and above the beautiful Fewa lake and green hills is known as one of the best paragliding experiences in the world. After enjoying about half an hour of paragliding, you will have time for your lunch.

After the lunch you will proceed with a visit to some beautiful places. Davis fall is one of the such amazing places that you wouldn’t want to miss. Locally known as Pataly Chango, meaning underworld waterfall, this mysterious fall goes underground after about 100 feet. During summer it looks really gigantic.

Visiting Gupteshwor cave is another attraction. Named after a beautiful shrine of Lord Shiva, the cave appears equally fascinating and attractive. As you enter and proceed you will come across a Shiva shrine which was believed to be found when a priest was told in his dream about this mystical wonder place. Further from the shrine, you have to bend down to walk and reach a point from where you can see the Davis fall that you had previously seen from above. Right from there the fall disappears.

And after the cave, it’s time to see the Tibetan refugee camp. The camp consists of carpet knitting place, showroom, numerous handicraft shops, school, monastery etc. You could observe their day and the handicraft they produce that they make their living off.

A beautiful hike to peace pagoda takes about one and half hour through villages. Alternatively you could drive too. It’s a lovely and peaceful place to be with stunning views around. The views of mountain, lake, rivers and forests are simply marvelous. Hike down hill to Fewa lake will be followed by boating. It’s another beautiful experience of Pokhara boating and enjoying the mountain views. You could also visit the popular Talbarahi temple in the small island of the lake.

A busy and fun-filled day comes to an end.